I should know better than to read some news articles.  At least I don’t read the public comments since my blood pressure wouldn’t stand it.  Today I read an article that said some of the Chemtrail believers are getting more vocal.   The bit that really got me was one of the prime movers who said “20 to 30 years ago we didn’t have these.”  What?

I’m a Brit so one of the first images that came to mind was this one: 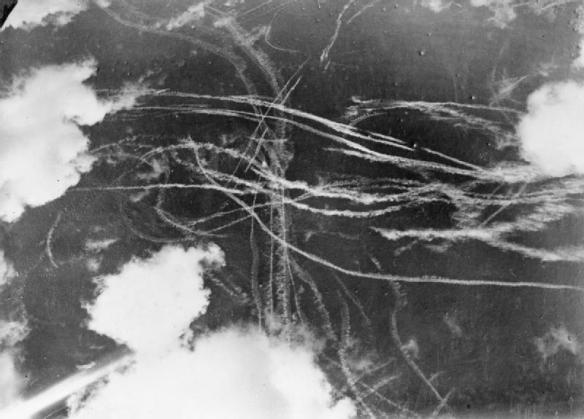 THE BATTLE OF BRITAIN 1940. Pattern of condensation trails (contrails) left by British and German aircraft after a dogfight. (Public Domain – Imperial War Museum via Wikimedia Commons)

A little later, aviation historians will remember pictures like this of B-17s and B-24s on bombing missions in the Second World War. 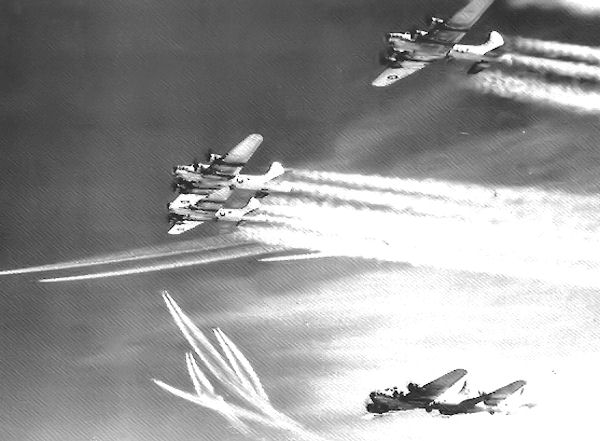 A formation of B-17Gs from the 340th Bombardment Squadron, 97th Bombardment Group wing their way towards Linz, Austria, while their P-38 Lightning escorts contrail above them. (Public Domain – US Air Force via Wikimedia Commons)

Contrails do date to a time before The Second World War. The Smithsonian Air and Space Magazine quotes an observer who saw “the condensation of a cumulus stripe from the exhaust gases of an aircraft” over the Austrian Alps in 1915. (Full article at https://www.airspacemag.com/flight-today/flight-lines-3-18415244

Another early contrail was observed in France in 1918 , according to a 2007 article in Air Power History.  “Wakes of war: contrails and the rise of air power, 1918-1945 Part I – early sightings and preliminary explanations, 1918-1938”  (The URL has been hijacked and leads to some weird page about investments in French – this is why there’s no link).

I shall have to do a little more image research to see if there are any more early pictures of contrails out on the web.  I remember seeing a picture of a very high flying JU86 observed over Sussex on 18th  August, 1940 leaving a high thin contrail which must have displeased the reconnaissance crew no end. There must be something earlier.

I learn something new today in my searches. Contrails have an opposite.  The dissipation trail, or distrail. Warm exhaust air causes particles of moisture to evaporate and produces the effect of a line being drawn through a cloud with an eraser.  These are much more fleeting than a contrail and have their own strange beauty. I think I may have seen these over the years, although my eyesight is not of the finest. I’d be interested to know if any of the readership have any personal experiences with distrails. 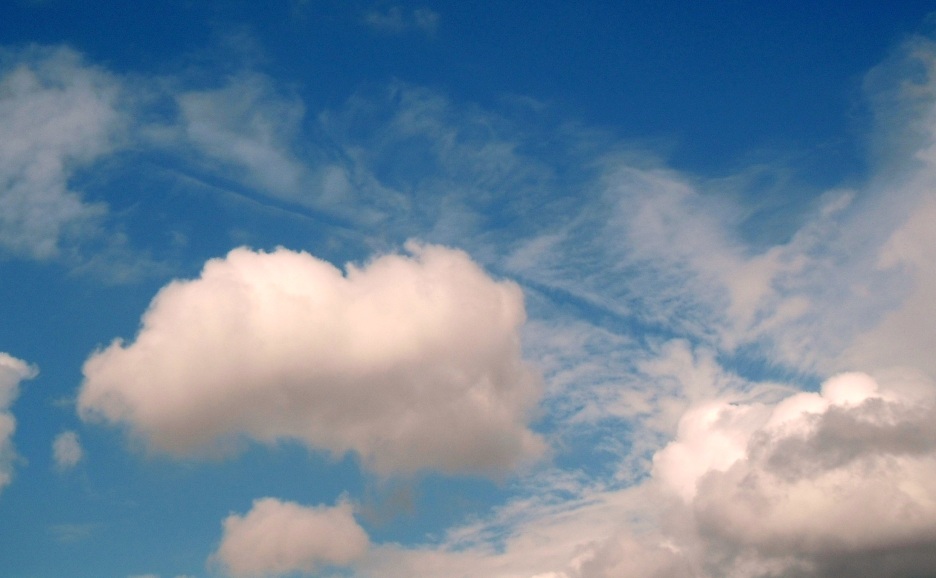