Curtiss P-40E Kittyhawk ET574, which was discovered untouched in 2012 following a crash in the North African desert in 1942, has shown up at the El Alamein Museum in Egypt,  wearing some very dubious camouflage and markings after a fairly crude restoration job, as some pictures from Classic Warbirds on Facebook show.

The British press was up in arms over the affair in 2015, after it was discovered that the RAF Museum had handed over Spitfire F.22 PK664 to Kennett Aviation as payment for Kennet’s services in recovering the Kittyhawk and returning it to the UK.  The recovery part of the deal was undertaken and completed, but the Egyptian government decided they wanted to keep the aircraft and display it at the museum.  The Kittyhawk’s 2017 discovery or revelation at El Alamein has spurred the popular press anew, and a few historical websites lament the rather amateurish restoration carried out by the local museum. The aircraft is wrongly identified as a P-40B and there appears to be little or no acknowledgement that this is ET574.

It is indeed unfortunate that the Kittyhawk could not have been recovered to the UK and restored or conserved sympathetically. The RAF Museum spokesperson said that almost as soon as the wreck was discovered, it was being stripped for scrap metal by the local population, so there was a necessity to remove it. This is how apparently it ended up in a shipping container at El Alamein. The uncertainty of the Arab Spring and the unsettled nature of middle eastern politics did the rest.

I personally don’t have a problem with ownership of PK664 having passed from the RAF to Kennet Aviation. There is a reasonable chance that Kennet may actually take some care of it and it’ll go into the restoration queue, although I understand that PK664 was not a complete airframe.

There are concerns concern about some remains found about 5 kilometers from the wreck of ET574. The RAF Museum and the British government say they are not those of  the pilot, Fight Sergeant Dennis Copping, and that his body has never been found. I have also read reports of conflicting stories about DNA tests, (even whether DNA testing has been carried out at all, and what the results were) which can only add to the anguish of Flight Sergeant Copping’s remaining relatives, which is regrettable to say the least.

The slightly thorny issue for trainspotters like me is the nature of the restoration of ET574. Certainly  the opportunity to conserve the wreck as a time capsule has been lost.  Yes, the paint job and markings are pretty amateurish, including the awful national markings and the 112 squadron “sharkmouth” which ET574 never wore during her service life with 260 Squadron. It’s an amateurish job, but cries that the machine has been “ruined” smacks of people in glass houses throwing stones.

Let’s look, for example, at the collection of the National Museum of the United States Air Force.

The NMUSAF has in its collection Bristol Beaufighter Mk 1c A19-43 which was flown in combat in the south-west Pacific by 31 Squadron Royal Australian Air Force.  It was something of a basket case when recovered from Australia, although it had a known RAAF identity.  A19-43 is however painted as USAAF T5049 of the 415th Night Fighter Squadron in Italy. 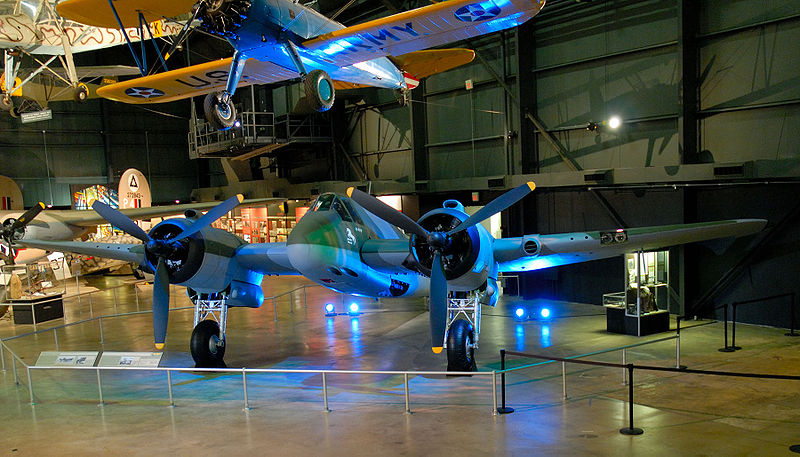 Bristol Beaufighter Ic originally A19-43 in the Air Power Gallery at the National Museum of the United States Air Force, at Dayton, Ohio. (USAF – Public Domain via Wikimedia Commons)

Also at Dayton is Spitfire Vc Trop MA863.  This aircraft also served with the Royal Australian Air Force, and was acquired in a swap with the Imperial War Museum in March 2000 which resulted in a B-24 going to the UK.   MA863 is painted as a machine of the 308th Fighter Squadron,  31st Fighter Group,  USAAF in the Mediterranean theatre, where many “reverse lend-lease” Spitfires served.  However as Royal Australian Air Force (RAAF) A58-246, the Spitfire served with 54 Squadron (RAF) in early 1944 as the personal mount of Squadron Leader E M Gibbs (wearing the codes DL-A) and later served with 452 Squadron (RAAF) coded QY-F. When I saw the machine in 2002 it was wearing the markings of 71 (Eagle) Squadron, RAF  and was situated in a Battle of Britain diorama looking very odd indeed with its tropical filter sticking out. My companions at the time were wondering what I was gibbering about.

I suppose here I could mention B-17G 42-32076 “Shoo Shoo Shoo Baby” (that’s her behind MA863 in the picture above) resplendent in an Olive Green and Neutral gray paint scheme she never wore during her service with the 91st Bomb Group. The reason given was that so much remedial sheet metal work was carried out on the Fortress during its restoration that they felt obliged to paint her to hide it.

Also very close by is Spitfire PR XI PA908 which was handed over by 681 Squadron RAF to the Royal Indian Air Force in 1947 and which eventually found its way to the NMUSAF where it now wears the scheme of a USAAF PR XI with the serial MB950.

The restoration “proposal” which horrified me a few years back was the Brewster F2A-1 BW-372, a combat veteran of the Finnish Air Force. Flown by Lt. Lauri Pekuri it was damaged by a Soviet Hawker Hurricane and crashed in 1942 on Lake Big Kolejärvi, about 30 miles from Segezha, Russia. BW-372 was rediscovered in 1998.

Brewster B-239 BW-372 in the Aviation Museum of Central Finland. (CC BY-SA 3.0 via Wikimedia Commons)

The aircraft was transported to the National Naval Aviation Museum at NAS Pensacola, Florida in 2004.  In 2008 it was displayed at the Aviation Museum of Central Finland for the 90th anniversary of the Finnish Air Force. Fortunately,  apart from conservation work,  it doesn’t appear to have been touched.  A few years ago I read an article (which I sincerely hope was a piece of inaccurate reporting at the time), that the NNAM was proposing to restore and display the F2A-1 as a US Navy Buffalo, which generated shrieks of puritanical horror from me, at least.

I don’t want to imply that the restorations carried out by the NMUSAF or NNAF are not of a high standard. They do have resources far in excess of a small military museum in Egypt.  Even top-level museums are prepared to make exceptions  or reserve the right to display their collection in whatever way  they consider best according to their polices or other exigencies.  If the museum owns the exhibits, it can paint them any way they choose.  People like me can (and will) complain about the loss or originality,  but that’s just unfortunate.

One could go on. I do remember a quotation of Spencer Flack on the subject of his bright red Spitfire XIV NH904 / G-FIRE (now resident in Palm Springs and itself painted in a lurid approximation of a Korean War Spitfire 24). Flack said something on the lines of “If they give the the money they can have it any color they want” Most of his house fleet at the time was bright red, and having seen G-FIRE at displayed in the 1980s it didn’t look any the worse. What was more important was that it was there, it had been restored and in that particular case it was flying.

The RAF Museum spokesperson said that a quick recovery  of the Kittyhawk was necessary to stop it being destroyed.  We’ve seen pictures of the extent to which the ill-fated B-24 41-24301 Lady Be Good was systematically stripped between its discovery in 1958 and its removal from the Libyan desert in 1994. Bearing this in mind,  we can at least say that most of ET574 has been preserved even if the restoration fell well below the standards we expect in western museums.  Some people have pointed out that a lot of restoration expertise would have been available had the Egyptians asked, but that this doesn’t seem to be their process with regard to museum exhibits.

The social media comments on the various newspaper articles have ranged from the near sensible to the shockingly insensitive. I was going to make some comment on Facebook earlier when Susan shared the article about ET574 from Archaeology News but I thought I should probably just keep my thoughts in a quiet place on the deep web. Here they are, and here they will probably stay well hidden except from my dozen or so readers. Until of course I share this blog post on Facebook.

1 thought on “Thorny Questions of Restoration”