There were many things happening in September 1977. Some were good,  and some were bad.  On the good side,  I started my undergraduate career at Brighton Polytechnic (now part of the University of Brighton).   On the negative side, if you remember  Peter Gabriel’s lyrics,  you’ll know that in Port Elizabeth, South Africa, Anti-Apartheid activist Steve Biko was killed by officers of the South African state security services following his arrest in August. This event, and Gabriel’s commemorative song on his third album (Peter Gabriel III  informally known as Melt, released in 1980)  had a profound effect on public consciousness of the Anti-Apartheid movement in the UK and elsewhere.

Meanwhile on the other side of the Atlantic, on September 5, 1977, Voyager 1,  the subject of this article, was launched  from Launch Complex 41 at the Cape Canaveral Air Force Station, aboard a Titan IIIE.

Voyager is currently the most distant man-made object from Earth at approximately 139 AU (Astronomical units – 1 AU is the mean distance from the Earth to the Sun). It is also the most distant object in the solar system whose location is known.

I am amazed when an aircraft celebrates 40 years in service, and this is happening fairly frequently as design life causes aircraft which I thought to be modern to be consigned to museums, whereas others are kept in service as there is simply no conceivable replacement.  I was shocked when I noticed the 40th Anniversary of the Panavia Tornado had occurred a couple of years ago (probably more). So for a Spacecraft to be functioning 40 years after launch is a thing of considerable wonder.

There are many things to wonder about the Voyager mission as a whole.  The famous Golden Records with images, recordings of voices, music and sounds (including the Rolling Stones “(I Can’t Get No) Satisfaction”) are just one feature. Look at the Voyager website for more images and information on the mission than I could ever want to squeeze into a blog post.

For me – the picture below is the real kicker.  The “Pale Blue Dot”,  as it has become known, is a photograph of Earth taken on February 14, 1990 by Voyager 1 from a distance of about 6 billion kilometers (3.7 billion miles, 40.5 AU). It was part of the Family Portrait series of images of the Solar System.  That’s us. Planet Earth takes up approximately half a pixel and is visible just over half way down the brown band on the right of the picture. The bands of colour are caused apparently by sunlight in the camera’s optics,  even from a distance of 40.5 AU. 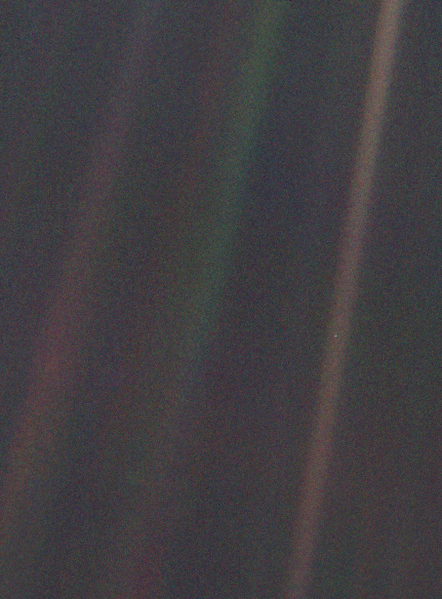 This narrow-angle color image of the Earth, dubbed ‘Pale Blue Dot’, is a part of the first ever ‘portrait’ of the solar system taken by Voyager 1. The spacecraft acquired a total of 60 frames for a mosaic of the solar system from a distance of more than 4 billion miles from Earth and about 32 degrees above the ecliptic. (Public Domain via NASA)

I’ve lifted the quote below from the Wikipedia page on the Pale Blue Dot and apart from taking out a couple of the hyperlinks, present it here unaltered.  I always loved the things Carl Sagan had to say about the Cosmos, and this is another of them.  It makes an excellent way to close the article.

During a public lecture at Cornell University in 1994, Carl Sagan presented the image to the audience and shared his reflections on the deeper meaning behind the idea of the Pale Blue Dot

“We succeeded in taking that picture, and, if you look at it, you see a dot. That’s here. That’s home. That’s us. On it, everyone you ever heard of, every human being who ever lived, lived out their lives. The aggregate of all our joys and sufferings, thousands of confident religions, ideologies and economic doctrines, every hunter and forager, every hero and coward, every creator and destroyer of civilizations, every king and peasant, every young couple in love, every hopeful child, every mother and father, every inventor and explorer, every teacher of morals, every corrupt politician, every superstar, every supreme leader, every saint and sinner in the history of our species, lived there – on a mote of dust, suspended in a sunbeam.

The Earth is a very small stage in a vast cosmic arena. Think of the rivers of blood spilled by all those generals and emperors so that in glory and in triumph they could become the momentary masters of a fraction of a dot. Think of the endless cruelties visited by the inhabitants of one corner of the dot on scarcely distinguishable inhabitants of some other corner of the dot. How frequent their misunderstandings, how eager they are to kill one another, how fervent their hatreds. Our posturings, our imagined self-importance, the delusion that we have some privileged position in the universe, are challenged by this point of pale light.

[…] To my mind, there is perhaps no better demonstration of the folly of human conceits than this distant image of our tiny world. To me, it underscores our responsibility to deal more kindly and compassionately with one another and to preserve and cherish that pale blue dot, the only home we’ve ever known.” 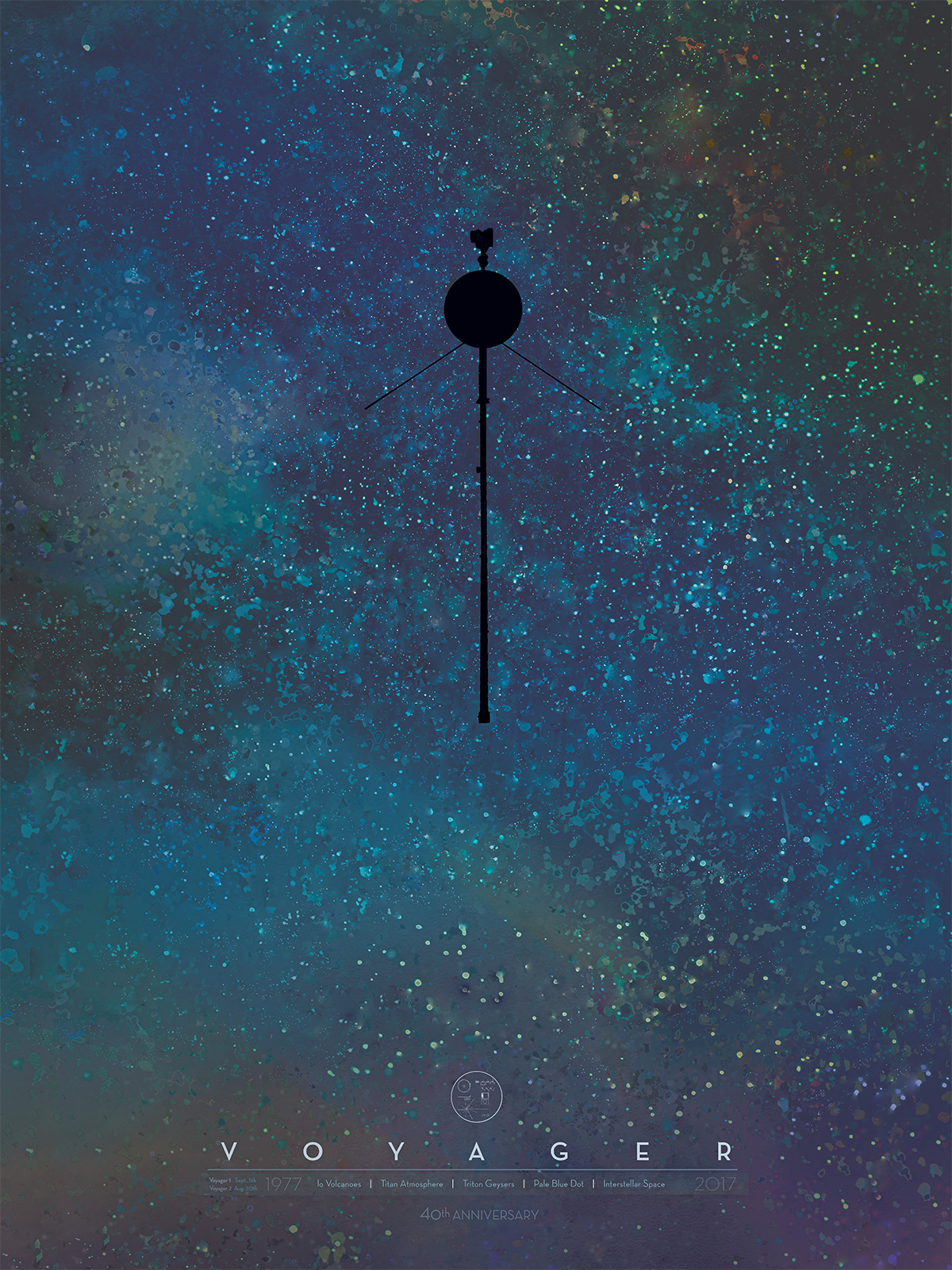 This image and others are available at https://voyager.jpl.nasa.gov/downloads/