Having mentioned Shooting Script the other day, I naturally picked up my slightly tattered paperback once I’d finished Gray Eagles.

Shooting Script is a different proposition from Gray Eagles. Gavin Lyall wrote it in 1966 following a stint flying Meteors in the RAF while doing his National Service,  and following a career as a journalist which he gave up to write full-time.

Lyall always seemed to choose heroes with monosyllabic masculine names and the main protagonist in Shooting Script  is no exception. Keith Carr is a former RAF pilot and veteran of the Korean War.  He affects an amusingly world-weary wise-cracking style reminiscent of Raymond Chandler’s private eyes. We meet him flying from Jamaica to Puerto Rico in his slightly tatty De Havilland Dove,  and watch him being “bounced” by two Vampire fighters. It transpires that the military Junta running a small Spanish-speaking island nation, the Republica Libra has just purchased twelve Vampires.  “I hadn’t known the Republica owned any jet fighters, not even seventeen-year-old ones.” Carr says on the first page.

After a series of adventures in which he meets a fellow Korean War veteran, an Australian fighter pilot now flying those very same Vampires for the Republica as a mercenary, Carr returns to Jamaica and is hired to fly a camera plane for a semi-legendary Hollywood actor making a South American revolution movie (provisionally titled Bolivar Smith) on location in and around Jamaica.  The camera plane the company purchases turns out to be a seriously dilapidated B-25 which has served in several South American air forces since its retirement from the United States.   Carr is amused to see the faint outlines of  some American nose-art which suggests the B-25 saw squadron service in the USAAF somewhere as “Beautiful Dreamer” 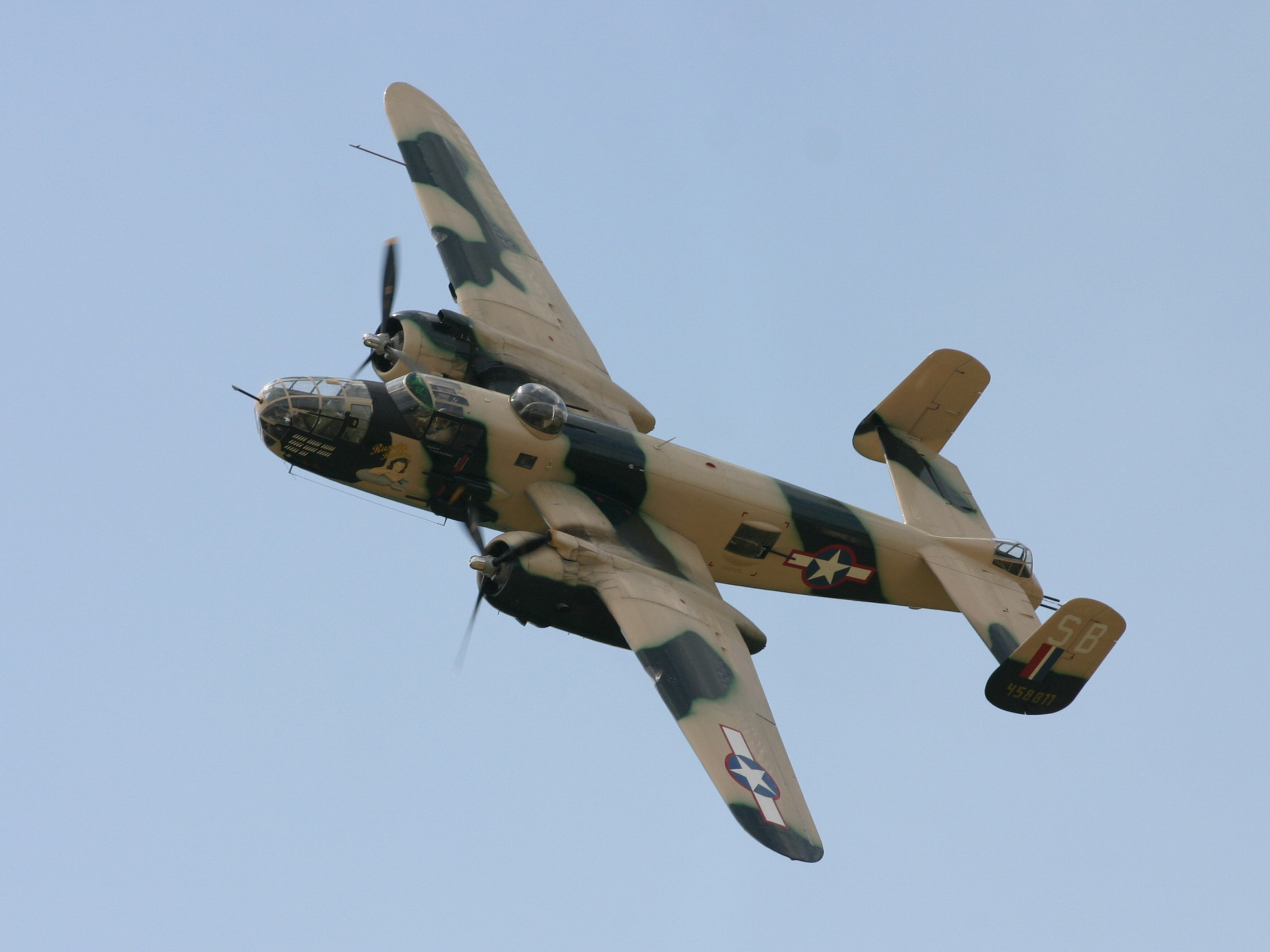 It is of course all much more complicated.  The film star has assets frozen in the Republica and wants to recover them. Carr’s flying pupil (also hired by the company)  turns out to be the wastrel son of the revolutionary leader who intended to “borrow” the B-25 and use it to drop a few bombs on the Vampires to aid the revolutionary cause.   You can see where this is going.   Our hero ends up flying the bombing raid, has a showdown with the Australian mercenary (both in the air and on the ground)  and after several tense scenes, everything turns out happily.

As I said about Gray Eagles, don’t get me wrong.  It’s a nicely written thriller that is amusing and credible,  and the book led to many happy hours flying my simulated B-25 around the Caribbean in the Days of Microsoft Flight Simulator 98.  I also think that even now Shooting Script  would make a decent film, especially given the plethora of L-29s and L-39s which could sub nicely for the Vampires.  The B-25 would be fine as is.