Jeffrey Quill in his book Spitfire: A Test Pilot’s Story is adamant that the first flight actually took place on 6th March,  because he flew Vickers’  Miles Falcon G-ADTD from Brooklands to Martlesham Heath, picking up  Captain Joseph “Mutt”  Summers (Vickers’ Chief Test Pilot) and transporting him to Eastleigh for the flight.  Quill also says he gave brief joyrides to Major H.J Payn,  R.J Mitchell’s Technical Assistant, and Stuart Scott-Hall, Air Ministry technical officer in place at Supermarine.  They were also at Eastleigh for the first flight.     It doesn’t help that Dr. Alfred Price when preparing Spitfire: A Complete Fighting History, quoted an account sheet with a note, hand written by Mitchell updating a line from “Not yet flown” to “Flew 5 Mar 36.”

While we’re in uncertain territory, what did “Mutt” Summers  say when he landed K5054 after that first flight?  Quill says he said “I don’t want anything touched”   which has been widely misquoted (the Wikipedia article says he said “Don’t touch anything”).   Bryan Swopes in This Day in Aviation quotes him as saying “Don’t change a thing!”    People wonder why I like being a history teacher.  What one person said in front of a group of witnesses 81 years ago is a matter of debate and interpretation.  Perhaps in the future our record keeping will be better, but somehow I doubt that important speeches and sayings will ever be clearly recorded or remembered.

I’m inclined to agree with Quill who says it’s unlikely  that after a test flight of a few minutes in which he didn’t even retract the undercarriage,  that Summers thought the aircraft was perfect and didn’t need any refinement.  It’s much more likely he didn’t want anyone fiddling with the aircraft before he flew it again.

Wherever the truth lies, at least we know how the story developed. 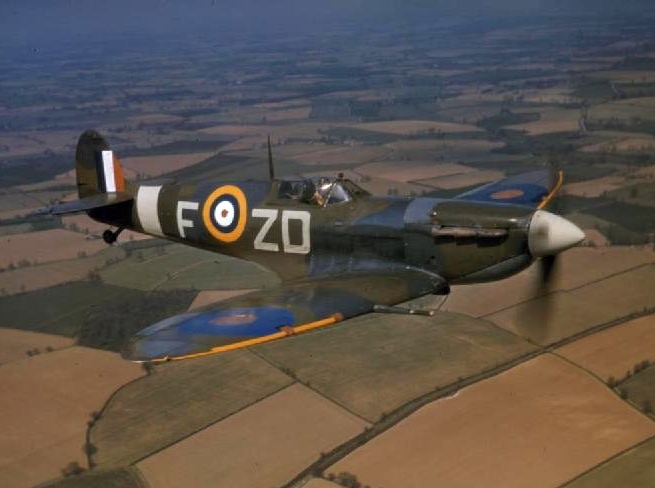 Spitfire Mark VB (AD233, ‘ZD-F’) being flown on 25 May 1942 by Squadron Leader Richard Milne, Commanding Officer of No. 222 Squadron based at North Weald, Essex.
By RAF [Public domain], via Wikimedia Commons