October 4th 1957.  I even mention this date in my American History class, and yet the date didn’t register until this evening.    Ever since I saw the movie I have associated Sputnik with Jeff Goldblum running down a corridor in The Right Stuff and telling a smoke-filled room “It’s called Sputnik!”  before he gets told to sit down and watch the reconnaissance footage.

In class I tell the assembled young minds just what a shock this was for the West, and the United States in particular.   The menace of Global Communism loomed large – this was the era of the New Look in defence. SAC chief Gen. Curtis LeMay had been waging an unacknowledged ELINT war with the Soviet Union for some years (assisted by, among other things,  RB-45s in spurious RAF markings with RAF crews, as I recall from a documentary), and the first flight of the U-2 had taken place a couple of years previously.   However as a Wikipedia Author says: “The launch of Sputnik surprised the American public and shattered the perception, furthered by American propaganda, of the United States as the technological superpower and the Soviet Union as a backward country.  Privately, however, the CIA and President Eisenhower were aware of progress being made by the Soviets on Sputnik.”

If you’re in my part of the world, a replica of Sputnik-1 is on display at the Kansas Cosmosphere in Hutchinson, KS. 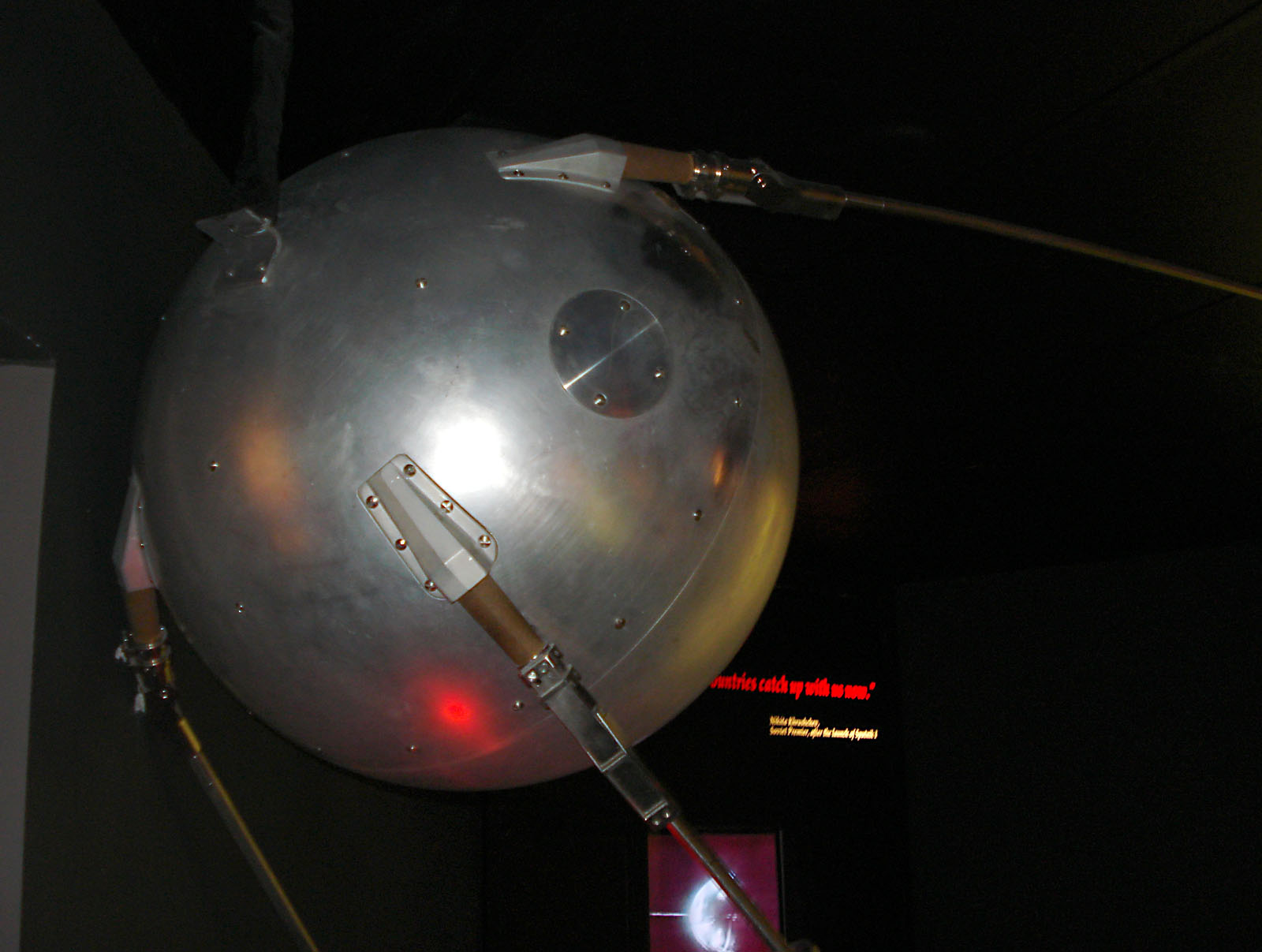 Flight-ready backup of Sputnik 1, on display at the Kansas Cosmosphere in Hutchinson, Kansas. By Joanna Poe from Munith, MI, USA CC BY-SA 2.0 via Wikimedia Commons