Since there may be a readership out there – and hello to both of you – let me apologize quickly for not having written anything substantial or substantive recently. I have an excuse of a kind – it’s called finding a job, and one found me. I’m lecturing part-time in History at Pittsburg State University (Yay Gorillas!) – so my leisure activity has consisted of writing numerous PowerPoint presentations on American History since 1865, the History of Kansas and the West, and trying to sleep.

There has been a lot of wonderful aviation news and several sad items. The restoration flights and auction of the Mark 1 Spitfires in the summer. 3.7 million pounds, wow. The crash of the Hunter T.7 at Shoreham in the UK  earlier in the summer was a particularly low point. The location of a piece of MH370 was sad but may give some of the families a little closure, although I’m fascinated to learn now the heck the wreckage drifted so far. Sadly we seem to know now that MH17 was probably downed by a Buk Surface to Air Missile although the Dutch authorities are wisely not saying who fired it.

On a happier note  I’m delighted to see in my Facebook feed all the pictures of Research and Development Airframes moving into the new fourth hangar at the National Museum of the United States Air Force.   I hope to get back up there again sometime next year, preferably after June 2016 when the fourth hangar opens to the public. In the meantime, a famous aircraft and a famous pilot. 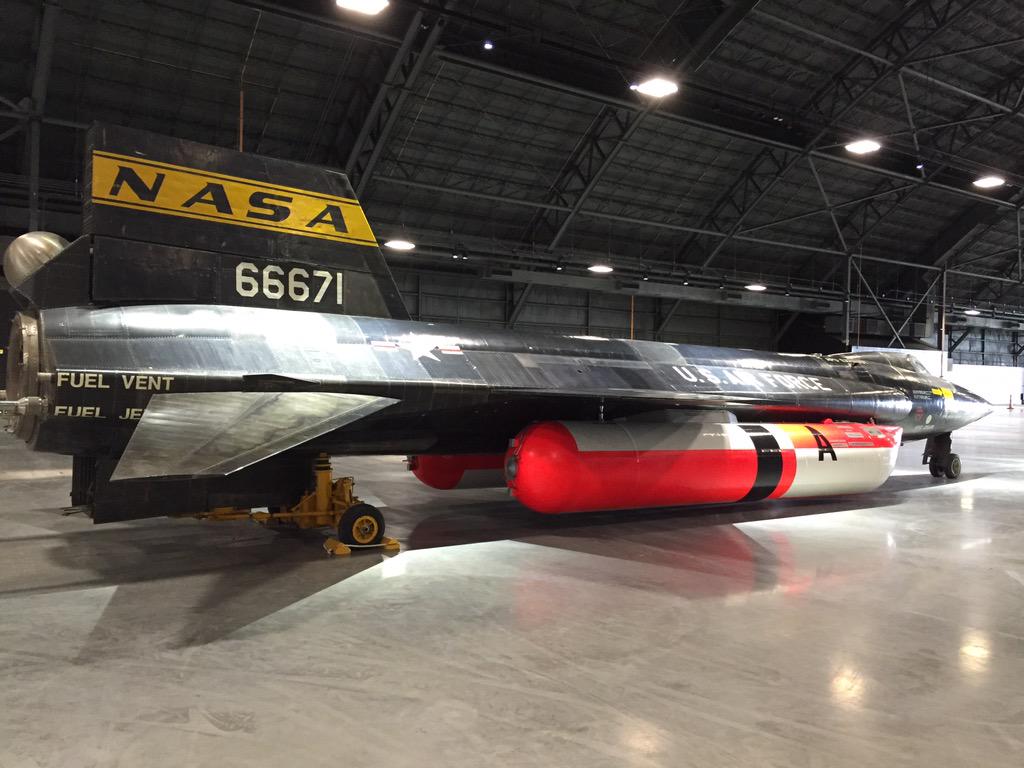 The X-15 in the fourth hangar at the NMUSAF

Retired NASA astronaut and the only surviving X-15 pilot, Maj. Gen. (Ret.) Joe Engle sat in the X-15 cockpit one more time. The X-15 became the first aircraft to be moved into the fourth building on Oct. 2, 2015, where it will be part of the expanded Space Gallery. (U.S. Air Force photo by Ken LaRock)